Product images are for illustrative purposes only and may differ from the actual product. Due to differences in monitors, colours of products may also appear different to those shown on the site. Below photos credited to our lovely customer - July Han thanks to candylense for those beautifull lenses... 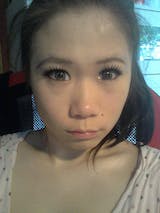 S
Shopify
not as dramatic as i thought

these contacts were so easy to put in when i first tried it, but i had some difficulty today because it kept flattening out (but this is probably just me cuz im still struggling to get used to poking my eyes) i'm not entirely sure, but these felt softer and thinner than the Geo Nudy ones i have. they're definitely comfortable and i can hardly tell that they're in my eyes. I've only wore it for like a couple of hours so far, but they didn't give me any problems.

as for the color, i thought it would be more dramatic and noticeable like on the model, but maybe its because my eyes are pretty dark? it looks kinda blue/grey color. at least it's subtle enough so that i can wear it out during the day.

B
BlasianBeauty0212
Check Out The Review

B
BlasianBeauty0212
Absolutely In Love!!

Just Got My Contact Lens Yesterday Only Took Nine Days To get here Came In A Cute Box and Loved The Handwritten Card... The Contacts were True To There Colors... gave My Very Dark Brown Eyes That Dramatic Change I Been Wanting I Love My Contacts!! I Will be Putting a Review on My Youtube today BlasianBeauty0212 Come Check Me Out!!

I just recieved my order yesterday and these stand out very well on my super dark brown eyes :) Shipping was fast and these are really comfortable. Highly recommended.

I have hazel eyes and I was nervous I’d look freaky with these on. They are natural, subtle but noticeable, and super cute. They lighten up my eyes and turn them basically dark green/blue/even kinda grey 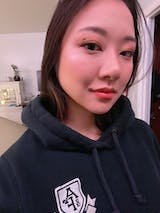 Feel confident when I have my eye lense with me. Always but contact lenses here in candy lenses many times and never let me down the result.
Making me look prettier with beatifup eyes. 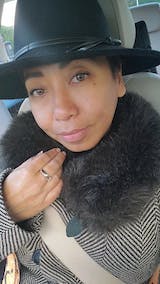 A bit hard to see in, but not unexpected since they’re mesh lenses. They worked great and the effect was perfect! They looked very nice. 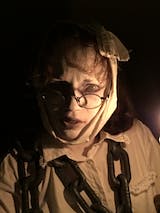 A
Geo Bella Brown Antoinette Sherman
Instagram: Simply_antoinette
Just what I was looking for!

I love these lenses! They are so natural looking. Perfect for my black eyes with subtle enlargement. Looks like mine! 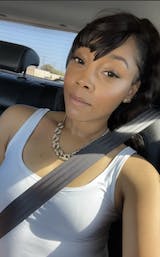 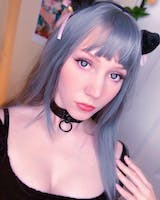