Product images are for illustrative purposes only and may differ from the actual product. Due to differences in monitors, colours of products may also appear different to those shown on the site.
Tags / -0.50 ~ -6.00 / 14.2mm / Black / Circle Lenses / Geo Angel Series / Geo Medical

You'll love this Geo Angel Black as it's very comfortable and the beautiful black color ring around the lens fade into your natural eye color and presents a natural enlargement effect. I naturally have light brown eyes as an Asian girl. I bought brown circle lenses at a different website, but they made my brown eyes stand out even more. I love these lenses because they look more natural! I wasn't expecting to receive my package for another couple of days, but wow the shipping is amazing! Also the cute letter is so sweet and they even gave me a free pair of lens tweezers! Absolutely amazing service! I will be buying from this site from now on!

I am writing this review from someone who actually used it for a little less than a year.
Shipping:
I love candy lens! The way they packaged the lens, the thank you note, the lens case and the customer service is unbeatable, and I shopped at other circle lens sites before. Candy Lens is by far, my favorite.

Now to the contact:
When I first put them in they were so comfortable! I didn't even realize they were in at time, until I wake up in them. Do not sleep in them or any contacts!(Everyone knows this I know!)I think it wears down the contacts even more.
After about (at least) 6 months of regular usage of the contacts(I occasionally wear glasses at least 2 times a week when I am too lazy to put in contacts), the contacts stop being comfortable. I would be able to wear them for 8-10 hours at a time with no issues, but it just gets a tad dry and uncomfortable afterwards. It goes downhill from there. I finally decided to dispose of my contacts after 10 months, but that is because I didn't want to bring a bottle of eye drops with me everywhere, and I wanted to try other fun lenses that candy lens got to offer. Furthermore, I like contacts that really hydrates my eyes, if my eye constant get dry, It just irritates me.

I have dark brown Asian eyes, and they blended in with my eyes perfectly. No one notice that they were fake, but they notice that something was special about my eyes, but not enough to ask. Unless I ask someone if they notice something different about my eyes, then they would say that it is black or really dark brown, and slightly enlarged. Which was perfect because I was going for that "natural, but big eye look". I got so many compliments, and some people were mesmerized by them asking me "What big eyes you have". So funny when I told them they were fake.

I am a repeat customer to candylens! I love their customer service, the cute lens cases, the adorable box the lenses come in, the fast shipping and even a nice thank you note! And i love these lenses and the geo angel brown as well. Whenever I wear these, I swear that I get compliments all the time! They make you look like a doll. Love them!

I was really happy when I received the lens yesterday. It came in a totally adorable package with a really cute personal message.

I was excited to try that. However, when i tried that on I realized that it is bigger that what i expected. Though the advert above it says 14mm, in the actual bottle it is 14.2mm. That 0.2mm does make a big difference in the appearance which i did not like.

I did not wanted that dramatic effect of larger lens.I was looking for lens only with 14mm which was one of my primary requirement.

So its a 5 star for the package... but didnt quiet like that change in diameter.

I really like this style for lenses! This was the first pair I had ever bought for myself :D
I have light green eyes, so i was worried that my green would show through and make me look silly, but it actually looks quite nice! The green is alot more subdued with these lenses, and gives them an overall dark appearance, which i wanted. ^__^

I will agree with Katie, though. They arent quite as enlarging as the other types of lenses, but its still a really great effect! I have had no problems with lighting or anything with these lenses. I highly recommend them!

Enlargement: 4/5 Again, nothing too dramatic, just a nice subtle change. But color is very noticable.
Design : Cute and Simple.
Comfort : 5/5. I cant even feel them^^
Customer service: 6/5. TOTALLY WONDERFUL. I ordered my lenses on May 19th, and I got them today! :) Packaging was adorable. Great!

Good for day to day wear and would recommend

I literally wear these every single day and have been wearing this specific style for over 8 years. My eyes are bad and I hate wearing glasses (-4.25 and -4.5). People don't notice anything different for my eyes unless they're super close or it's really bright out. Love love love these lenses. 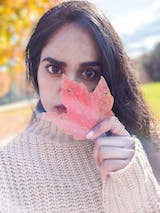 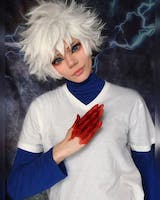 I love the enhancement of these brown lenses. 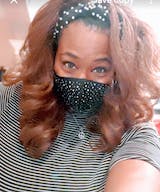 u
Fynale Glamorous Blue u.
Believe it!💛🧡 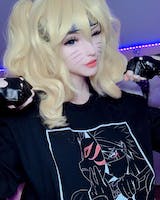